Pearsall, Texas, the county seat of Frio County, is located along Interstate Highway 35 and the Missouri Pacific Railroad fifty-four miles south of San Antonio in the central part of the county.

Nestled in the rolling plains south of San Antonio, Pearsall was the prehistoric home of a band of Coahuitecans known as the Pachal. These hunter-gatherers left us few archeological remains of their harsh subsistence lifestyle. There were several artesian wells in the area, one of which was located at the present day Moreno Park and later became the first permanent habitation. Meanwhile, at crossing on the Frio River later to become Frio Town gave access to this area. It brought the French explorer La Salle in 1685, the Camino Real (The King's Highway) of Spanish Texas in 1691, and in 1731 the Canary Islanders on their way to San Antonio.

Frio Town, fifteen miles west of Pearsall on the banks of the Frio River was the original county seat. Although there is no recorded deed, the first settler was probably William Eastwood, who bought 500 acres on the west side of the river at the upper Presidio Crossing. One of the earliest settlements in the county, Frio Town and its inhabitants established a court house together with a jail, where many a desperado was imprisoned, including, according to legend, Jesse and Frank James. Frio Town was also the home of the famous "Texas John Slaughter" a Texas Ranger. Another interesting historical fact: Mexican General Santa Anna and his army camped near here on the way to the Alamo. 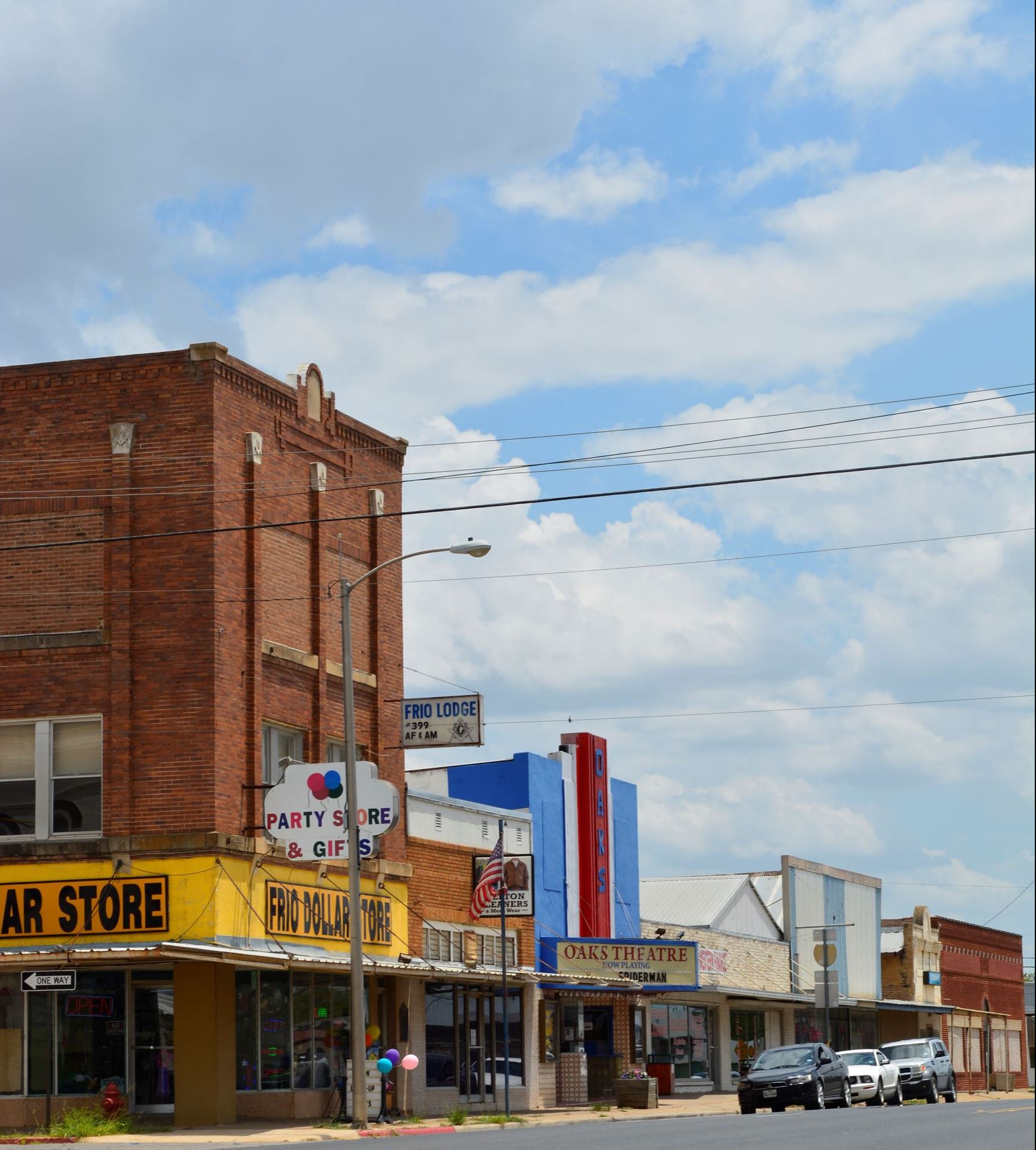 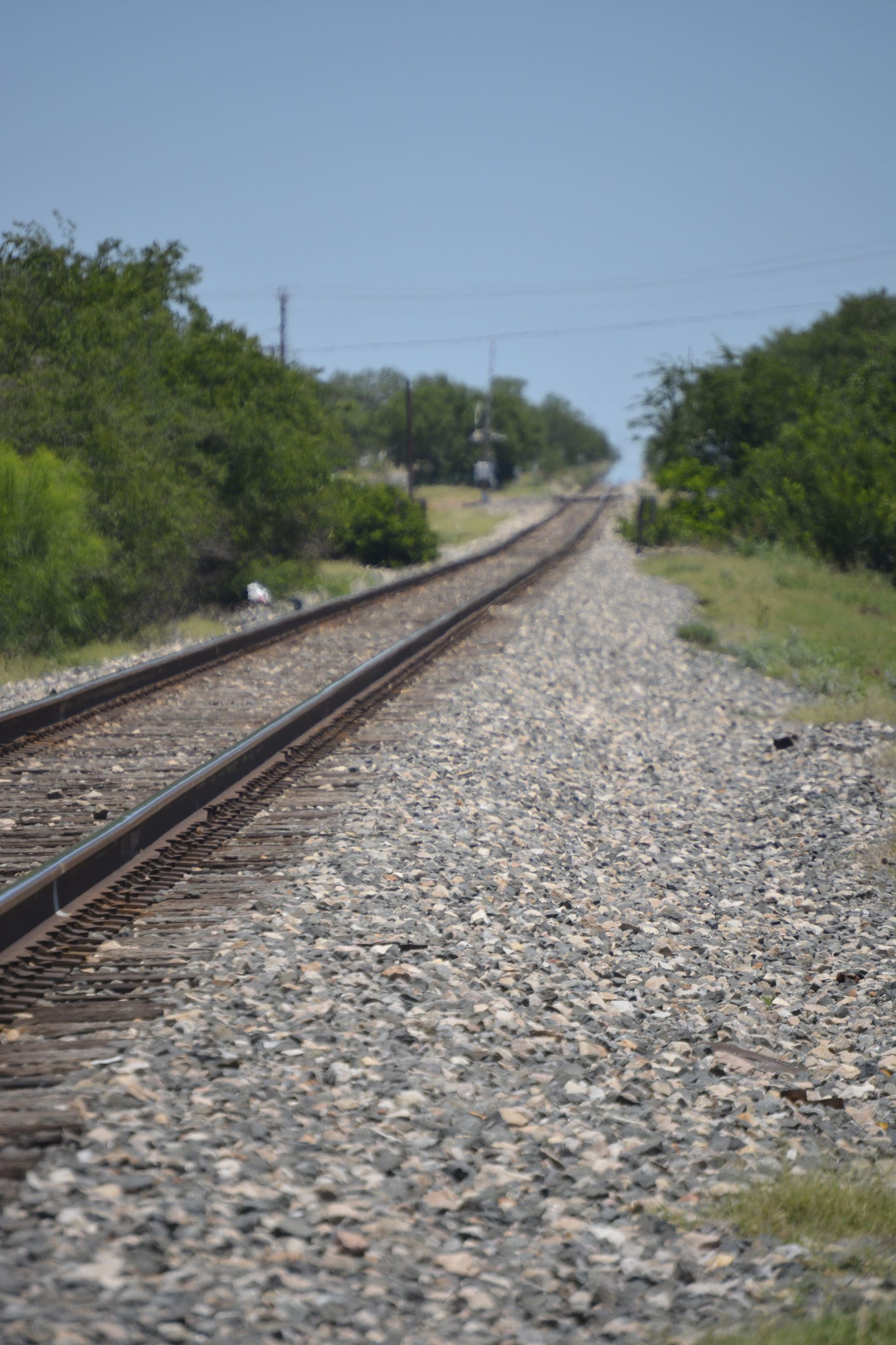 The modern history of Pearsall began with the railroad. In the 1870s wagon trains stopped at a well on a large sheep ranch when traveling the road from Frio Town to Pleasanton; this well was known as Waggoner's (Wagner's) Well. By early 1881, the railroad had been completed west of the Waggoner's Well. On July 4, 1881, the first passenger train pulled into town for the sale of lots by the International Great Northern Railroad. A general exodus of people and businesses from the now bustling Frio Town ensued, and a tent community grew up around the railroad depot. On February 6, 1882, the International-Great Northern Railroad gained control of 2,000 acres of land around the well. An affiliate, the New York and Texas Land Company, allowed them to circumvent Texas laws limiting railroad ownership of land, and, on February 15, 1882, they platted the town site of Pearsall east of the newly laid railroad tracks opposite Waggoner's Well and named after the vice president of the railroad, Thomas W Pearsall.

By 1884, Pearsall was the new county seat of Frio County and had 700 residents, twenty businesses, three hotels, three churches, a district school, and a weekly newspaper known as the Pearsall News. Located at the beginning of the Chisolm Trail, Pearsall saw numerous cattle drives down its main street on their way to Kansas and other famous cattle stops further north. It also experienced the usual cattle trail public hangings and bar brawl until the unfenced open range came to an end in 1887.

By 1890, despite a fire that devastated most of its downtown district, Pearsall had an estimated population of 1,000, Methodist, Baptist, and Christian churches, a college called Frio College headed by B. C. Hendricks, two newspapers (the Sun and the News), a corn mill, and a cotton gin. In the early 1890s the mercantile block in downtown Pearsall, established by the partnership of C. H. Beever and George Hindes, became one of the largest general merchandise operations between San Antonio and Laredo. The center of their operations is now the Brush Country Restaurant.

The Frio Pioneer Jail Museum, housed in the original county jail built in 1884, was formally dedicated in ceremonies addressed by United States Representative Henry B. Gonzalez and Ollie Taylor, woman sheriff of Frio County, on July 3, 1976. In 1980 Pearsall had an estimated population of 6,453 and 192 business operations.

During the early 1990s the town experienced another oil boom. Led by Oryx Energy explorations in the Pearsall Field and the use of new horizontal drilling technologies in the Austin Chalk formation, Pearsall saw a significant increase in exploration that contributed to the revitalization of its economy. In 1990 the estimated population was 9,355, and Pearsall had six public schools, a student enrollment of 2,400, thirteen churches representing ten denominations, and a public library housing over 23,000 volumes.

The high percentage of the Hispanic population indicates that they have also played a significant role in the development of the community. Prior to the full assimilation that exists today, the Hispanic community was concentrated on the west side of town. Between 1918 and 1960, the center of Hispanic economic activity was located on what is now Peach Street between Comal and Trinity. Numerous thriving businesses such as Frank Trevino's Teatro Ideal and Black Cat Bar; Simon Perez's Blue Bird Café; Hijinio Silva's Grocery and Meat Market; Rafael Trevino's Meat Market; Simon Gonzales's Grocery Store; Manuel Morales's Grocery; Blas Trevino's Grocery and Meat Market Store; Chon Leal's Barber Shop; Frank Rodriguez's Shoe Shop; the Squeeze Inn and Chat and Chew Cafés; existed on the west side of town. Until the Brown v. Topeka Supreme Court case, Hispanics and Blacks attended segregated elementary schools located on the west side. Significant changes in the social, economic, educational, and political arenas have since taken place and helped propelled Pearsall to what it is today: a vibrant, diverse, friendly and progressive community.